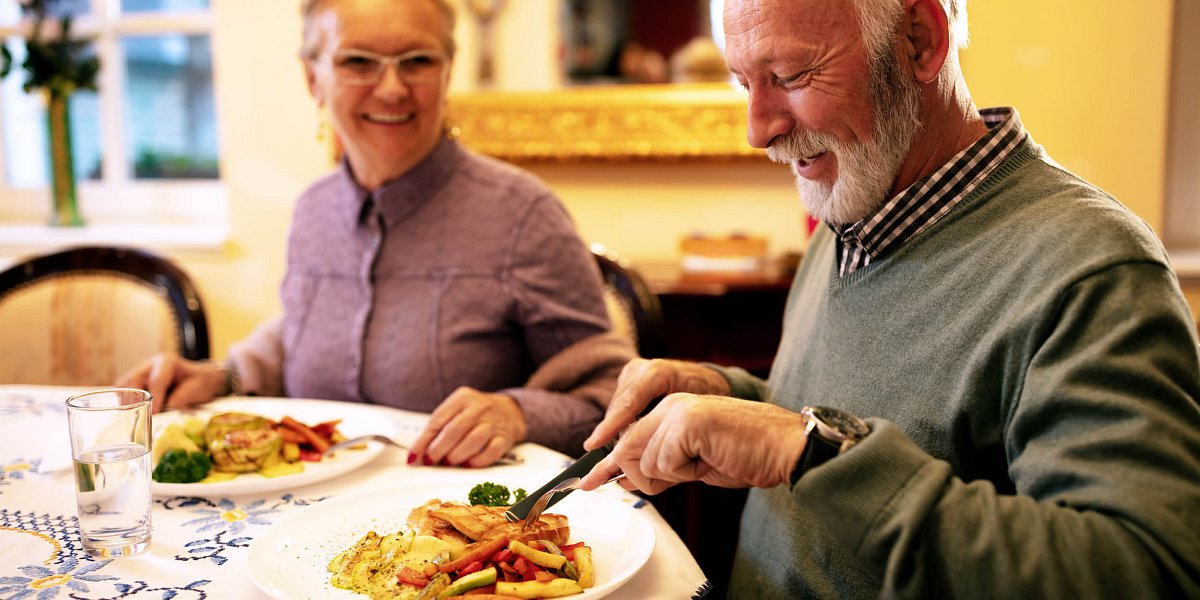 Wholesaler Creed Foodservice has looked into expectations of care catering from the so-called baby boomer generation.

From global cuisines to digital ordering, new research has taken a look into what those aged 58 to 76 - dubbed the baby boomer generation - expect when it comes to care catering.

Four out of ten (39%) would welcome picnic-style alfresco areas and over a third (36%) would like a casual lounge with sofa seats where they can enjoy food in takeaway boxes.

Although British fare remains the favourite, global cuisine would also be welcomed on the menu. The three most popular international cuisines are Italian (60%), Chinese (56%) and Indian (47%). In addition, three quarters (75%) would like to see pop-up cooking serving food such as barbecues, Indian curries with choices of sides and authentic Italian pizzas cooked in a pizza oven. In particular, cooking stations for special calendar events and national holidays such as The Queen’s Jubilee and Easter would be welcomed.

“Care home catering has hugely evolved in recent years, and the next generation entering the space – the baby boomers – have a higher expectation when it comes to quality, variety and taste of food and drink," says Andy Williams, care sector specialist at Creed Foodservice, says. "We know anecdotally that catering will need to adapt to meet their needs and desires, but we want to get a really firm grip on what this generation is looking for so that we’re able to guide and advise the care sector on the specifics.

“The role the hospitality offering plays is huge - a staggering 95% of baby boomers say that the food and drink provision is important when choosing a care home. Furthermore, eight out of 10 would pay more for a premium offering if their budget allowed. It’s not just a ‘nice to have’ - it’s a fundamental part of the decision-making process and will make a difference to occupancy rates, revenue and profit.”

The research also revealed that health and sustainable initiatives are also important to baby boomers, with half (50%) saying they would be pleased to see food and drink sourced ethically or sustainably. Four out of 10 (43%) would like to see nutritional and calorie information on menus and over a quarter (27%) see the benefit of their meals being fortified with things like vitamins, minerals, protein powders, collagen and CBD.

When it comes to hot drinks, 70% would like to have barista-standard coffees such as flat white, cappucino and latte on offer, while 74% would like teas such as breakfast, earl grey, peppermint and chamomile on the menu.

“Baby boomers are interesting - they are the first generation that, more generally, have the money to enjoy better quality dining experiences, have been introduced to new and emerging food trends early enough to have embraced some of them as part of their day-to-day diet, and are better travelled so have experienced global cuisine," Williams adds. "Traditional British food and drink still plays a fundamental role, but gone are the days of ‘meat and two veg’. There is simply a higher expectation for the hospitality offering to evolve and mirror the standards and offering this generation is used to."

While the majority favour a traditional route of either viewing a printed menu and writing down their choices (40%) or ordering face-to-face with a member of staff (38%), a fifth (20%) said they would choose to order food and drink electronically via an iPad or phone app.

In addition to the research, Creed Foodservice has launched a new Care Menu Solution – a three-week menu plan that includes full recipes as well as live data including nutrition, allergens and costs for every meal in the plan.