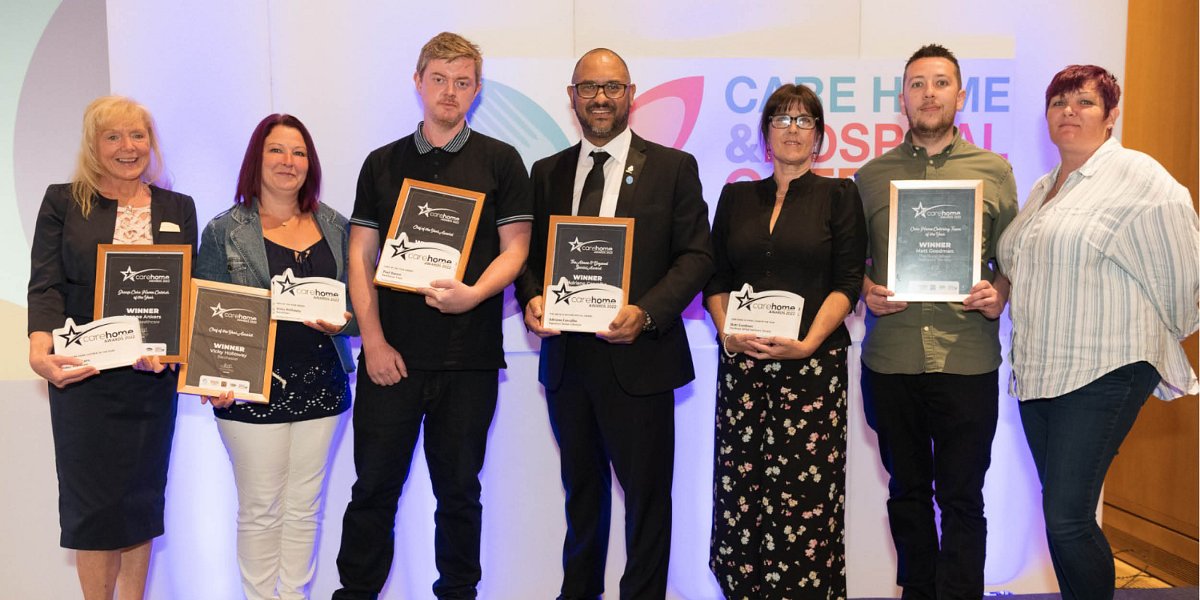 Talented and passionate care chefs have been recognised in our Care Home Catering Awards 2022.

The winners of our Care Home Catering Awards 2022 have been crowned, including a chef whose determination to help others during the pandemic saw him take home the Above and Beyond Special Award.

The awards were presented at our Care Home and Hospital Catering Forum, which was held at Haberdashers Hall in London on Monday 13th June.

During the day, speakers shared their insight with attendees on a range of topics facing the sector, providing advice on mitigating the impacts of food inflation, using the psychology of social media to improve posts and cutting back on food waste.

The Care Home Catering Awards 2022 were then presented, with five awards handed out - including, after we received a high number of nominations, two Chef of the Year Awards.

In her nominations, colleagues described Ankers as someone who had made an "immense difference" to both residents and teams, having "worked her magic" when it came to driving up catering standards across the group.

The Care Home Catering Team of the Year, sponsored by the E-f Group, was presented to Matt Goodman and the team at the Royal Alfred Seafarers' Society.

The team puts inclusion at the heart of what they do - meeting new residents' families to make sure nutrition is at the centre of care plans, creating personalised menus, discussing upcoming meals with residents weekly and holding quarterly tasting sessions to discover new flavours and dishes.

Our first Chef of the Year Award, sponsored by Unox, went to Vicky Holloway, head chef at Barchester's Ashcombe House Nursing Home, while the second, sponsored by Baker Street, was presented to joint winner Paul Dunne, cook at The Beeches, Parkhaven Trust.

Colleagues say Holloway creates "five-star dining", with menus of beautiful dishes packed with flavour. From stunning birthday cakes to vibrant themed lunches, they say she goes above and beyond to keep everyone happy and include all residents at mealtimes.

Dunne's passion for his work was obvious in his nomination - he says he is inspired by happy faces and empty plates. He believes a great meal should not only be filled with nutrition, but improve residents' wellbeing.

Adriano Carvalho, winner of the Above and Beyond Special Award

And finally, the Above and Beyond Special Award, sponsored by Noble Foods, was presented to Adriano Carvalho, awarded during his time at Signature of Sonning. Colleagues described Carvalho as committed to helping others, with his selflessness shown during the pandemic.

The examples listed in his nomination included his transformation of an old shed into a summer house for residents to enjoy, volunteering to take another team as staff absences hit during Covid, helping a colleague through a real moment of crisis and, alongside his team, making 140 personalised cakes for staff to say thank you.